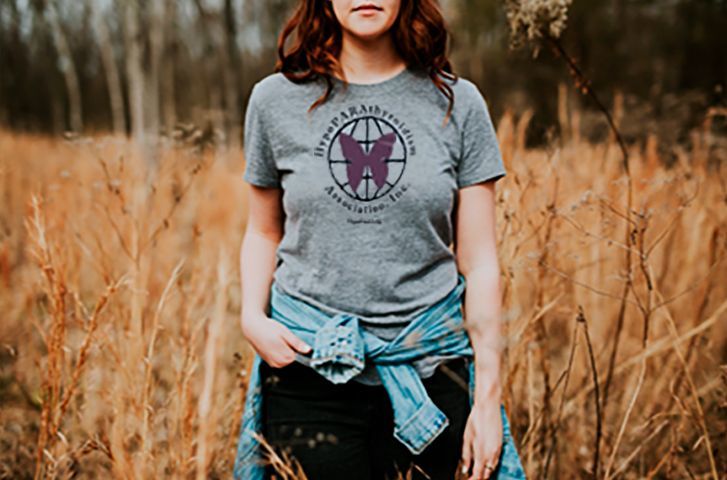 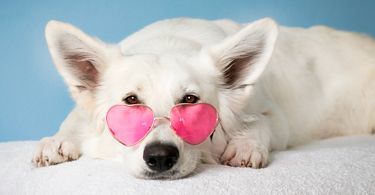 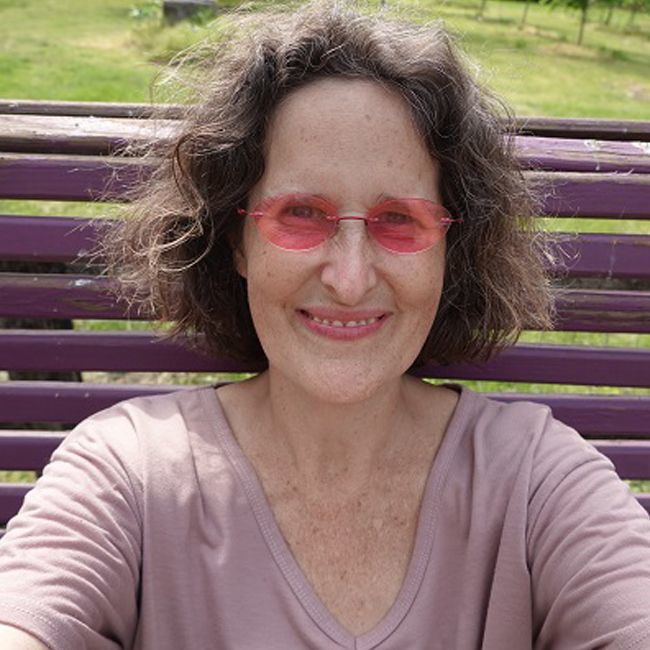 My Journey with Doctors

My journey with Hypoparathyroidism goes back to the time I lived in London England, in the spring of 1990. I was nineteen at the time and was taken to the doctors when I complained of a series of intense headaches. As a child and young adult, I would never complain about any bodily issues. I thought that most of it was normal, including the cramps in my feet, legs and hands and the constant headaches.

I still smile when I remembered how the doctor delivered the news that I had hypopara. He had a dimpled smile and called me “Oh Rarity.” I received a bottle of Rocaltrol (there was no generic form at the time) and calcium supplements. I knew nothing more than my condition meant I could not keep calcium in my blood. Beyond that was a mystery to me.

That summer we moved to the US, taking up residence in Northern Virginia. The endocrinologist I started to see, was doing a scientific paper on hypopara. I became Patient #11. While with him, he added Micro-K (potassium salts), Hydrochlorothiazide, and Magnesium to my list of pills. I believed he was good doctor, but he was so very cold and never liked being questioned.

Entering into my early twenties, I felt more confident and capable of choosing another endocrinologist. Unfortunately, my choice felt like I went from the pan into the fire. The new one was very cavalier, and I often felt uncomfortable being around him. I choose never to go back after an incident where he brought in a bunch of interns into the consultation room with him. I was wearing the paper outfit that I was always told to wear there. Without my permission, he showed them my lip twitch and thumb cramping and barely said any words to me.

This led me to the endocrinologist that I have been with for the longest period. My relationship with him has been a frustrating one but one I stuck with because he was the best of the last three. I always had a calcium range of 7.0-7.3 until I started really diving into learning about food and absorption. But he would explain any fluctuations away by this being me and nothing more. He told me that I could do nothing to improve my condition. This was something he hammered in to me regularly and was disheartening.

In 2019 he retired. I met with his replacement, a young doctor who was eager to put me on Natpara and viewed our consultations as a time to ask questions, talk and explain. She was the first to start showing me more about my condition and escalated my curiosity. I could do more to make my life better.

My Health Struggles and Early Interest in My Condition

The internet was just growing when I first started too look at HypoPara. Information was so limiting and there was little to tell me what was going on inside of me. But there was one thing I was certain about my yo-yoing calcium. Things I was doing was impacting it and I could change it.

My big search on nutrition and absorption started with a dog article about soy preventing calcium absorption. At the time, I had switched to soy milk because dairy made me feel very nauseous. I experimented by changing my breakfast choices and dropping the soy. I was excited to see the impact on my blood results. I then came across the “Whole30” and “It Starts With Food” books and was fascinated by the anti-nutrient properties of grains, beans and legumes. Once again, I changed my food to cut these out of my diet and saw an increase in blood calcium. There were points where I was hitting 8.0, the highest I had ever gotten. Of course, I couldn't resist leaning about the gut microbiom and grew more interested, over the course of five years, with what it was and what it did both in digestion and it's ability to affect the body in more ways than just breaking down food.

But my calcium still yo-yoed. At this time, I was also getting frustrated by the sudden tiredness that would hit me out of the blue, the brain fog, and the depression and anxiety that worsened. Some of the depression and anxiety had other factors that I have worked hard to resolve but there were times when all of a sudden, in a matter of seconds, I would sink into a depressed state where there was nothing bad on my mind nor had anyone made me feel that way. I have to admit that I never wanted to let anyone down, so I just pushed my body and brain through it and continued doing what needed to be done.

Of course, one thing I never even realized was that moderate to intense exercises would cause my calcium needs to change. Whenever I started on a new exercise regime, my calcium would plummet, and it felt like I was wading through thick mud when I would do the exercises.

My doctor wanted me to increase my calcium intake to the point that I was taking 3600 mg of calcium twice a day. At age 32, when I contracted mononucleosis, the doctors scanned my liver and found I had nephrocalcinosis in the kidney. They dismissed any course of action when they found out I had HypoPara. The neurologist whom I saw, did not want to have anything to do with me as she was retiring that year, and recommended I continue with my current doctor. Since I knew so little about how this would impact my kidney, I mistakenly took this as a sign that I did not need one.

It was early November of 2014 when I came down with a flu. After four days of really intense fever that increasing, I realized that something more might be going on. I relented and went to the ER for the very first time. I was admitted to the hospital three hours later, for the very first time. I was put on antibiotics after a stint was inserted into kidney and told I had a stone the size of an inch in my right kidney. After surgery I was instructed to drop the hydroclorothizide.

Two years later, I went back into the ER with incredible pain in the back. This was also accompanied by the bizarre sensation of being unable to taste my food. This time, the ER sent me to a special unit in the hospital. I was there for five days, suffering from blood septicemia, caused by my right kidney being blocked. The infectious disease doctor told me I was very lucky because any later and I would have been dead. The next surgery my urologist took away a stone that was an inch and half wide.

I was put back on the hydroclorothizide and potassium salts and told to go on a low Oxalate diet.

This felt like a real low to me. I was already following a restricted diet to get the best out of my calcium supplements and this new diet was even more restrictive.

It was a year later that my old endocrinologist retired and the new one was suggesting I self-inject every day, something that terrified me. At that same time, I had changed just changed careers from being employed at a large company to become a career author and writing my very first book. Needless to say, I was worried about the cost of this medicine after seeing that one dose (15 days) was $11,500.

Acceleration in My Research and Adding Health Goals

This fueled me to do more research and this time I found lots on the internet. There were even books on HypoPara, where there had not been prior to 2015. I was elated.

During this time I was reading about the general inflammation in the body and some of the causes. I want to see if I could reduce any inflammation in my body. I had recently performed a brain scan at Dr Amen Clinic, which showed I had calcium deposits there. Blood work also showed that I had a very low immune response. This began my next goal, how to reduce my inflammation. The funny thing is that it circled back to my gut microbiom research. In Dave Asprey's books, I read about a company called VIOME. This is a company that specializes in testing gut microbiom, food sensitivities, and cellular health. They then recommend foods that will boost these areas.

I could not resist and tried them out. From their food sensitivity tests I learnt I was highly sensitive to almonds, wheat products (not the gulton inside of wheat), baker's yeast and dairy. I also had a compromised cellular health and gut microbiom. I continued to follow their list of food recommendations and take their supplements, which are tailored specifically to my results. I do feel better and notice interesting changes. One of those changes is the thick growth of fresh hair all over my head.

Another area I have read into that improves inflammation and quality of life as well as boosting energy, was exercise. So I became serious about my exercise routine. Over the past two years, as a result of the food and exercise, I have lost 40 lbs.

I looked at other ways to reduce inflammation. I read about activating my para-sympathetic nervous system more often. From what I researched, a lot ran true for my body. One of the problems I have when I am stressed or anxious, is I tighten my whole body, sometimes even forgetting to breath. I began playing with mediation, a course I took from Emily Fletcher's Ziva. But it was when I added Qi Gong by Lee Holden to my day that I began to feel more relaxed and more limber in my body.

One of the most exciting things in my most recent research, is finding your organization. Literally seeing a bunch of people on video who had HypoPara. Coming from a place where I thought I was the only one, this was heartwarming and inspirational to me.

That 2020 conference blew my eyes wide open. It gave me hope as well as a deep understanding of what is going on inside of me and why. All the frustrating small holes in my research was filled. And the latest research was so exciting.

I started using some of the smaller things I learnt, by dividing up my pills throughout the day so my body could absorb it better. Something amazing happened. There were parts of the day that I felt joyful. ACUTALLY JOY! I had not experienced that for as long as I remember. I was also focusing more. But the biggest thing is that your organization helped me learn to be patient with myself. If I was tired, it was okay to stop and rest. Before I would just keep pushing myself. Now I'm feel I get more out of each day.

I look at the awesome hormone replacement therapy and I get excited, especially the stem cell research. To be able to have functioning parathyroids would be amazing. I can't possibly image what it would feel like to have everything working, without the threat of kidney or heart issues. TransCon and PTH in a lettuce are so thrilling. I am hoping that I can get into the Phase 3 for TransCon and any testing phase for the dried lettuce leaves.

Truly a ton of hope for the future.
Thank you for listening to my story.